This IS a FOOD blog. Stay with me!

Last year I saw a film. Well that’s stating an obvious really, but a film I would never have watched by name, wrongly assuming it would have been a romcom type. Julie & Julia. What a film! (Well, within reason; i.e. it’s no Pulp Fiction for example.) 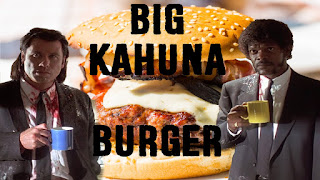 A film about 2 things of interest to me - being cooking AND blogging! I was corrected with my incorrect assumption and led to feeling inspired. Granted it has taken over a year to be blogging about err, it, and food indirectly but it has begun!

I have said with bad taste – no pun! – referring to my name being Roger COOK – “by name and nature”, in that I love to cook. I am nowhere near as good a cook now as I used to be due to the onset and progression of my MonSter; but I still cook. Just saying! Anyway. Obviously, this is directly related to food. Back on track (waffle waffle!).

As I have said in my first food related About Me scribble that I love food. Kind of a passion. I say “kind of” or I’d be a chef right? Well I have had a dabble in the catering world, all be it volunteering in a café that I thoroughly enjoyed and gave me a taste – pun! – of what it’s like and how hard it is. Too much for me now; the work itself, not the food! Tangent crazy. Sorry. 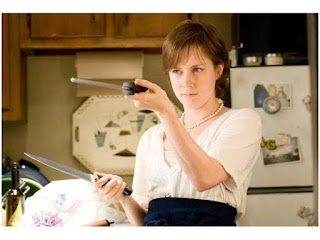 So where does my cooking, Julie&Julia take me? I’m going to take the inspiration as a mission (for want of a better word) to actually (and hopefully) cook from certain recipes regularly, and blog about them. They may be short for various reasons, boring, long and exciting, educational, fun or put me off cooking all together. Food will remain the source irrespective!

First on the menu. Choose a recipe book somehow. Being of indecisive character I may start with Joe Wicks’ Lean in 15 series, as they’re mostly for a one-person meal. That’ll do me then! Sorted. For now.

Right. That’s the starter done. Main meals are next in this chapter! It should not go cold in waiting!