Music. Is my life!


I have been living a blog procrastination life for a week or 2 with this thread burning a sound to drop!
So this is simply an intro taster thread as to what is to come being 'initially' a short music centred story so far! 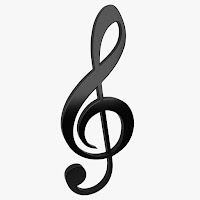 Honestly, stay tuned for real content of worth! Won't be long now that procrast bubble has been broken!

Universe WTF? I know, I know. The Universe. Well, yes that is kind of a big thing, so is a strongly possible life-changer. Earth, is but a proton type member of this universe (tiny). Britain is what in comparison to the Universe isn’t even a proton. A small country really. BUT. There are smaller countries, one of which I have visited once only; well currently anyway. Throughout the last 8ish years, I have read stuff I had previously wouldn’t have my cup of tea. But my life journey hasn’t been ‘as planned’. Some may claim that said reading material is “hippy’ish” or similar, i.e. being of the spiritual variety (and business), and despite that, I am referring to belief in… the power of the attraction! One of the books is called The Secret and is pretty famous. 10 million copies worth of fame to be more specific: “The  book  is based on a pseudo-scientific theory called the “law of attraction” – the principle that “like attracts like.” Specifically

Coronavirus realisations? This is fun isn’t it? Hopefully I am not going to repeat my previous Coronavirus blog [ there! ], but sure there will be overlaps! What realisations am I on about then? This / these struck me very recently. The staying indoors more as we are supposed to – previously explained! – giving me more ' boring me time ’, giving positives? I am doing what I can the best for my physical and mental health, under ONE set of rules. MINE. I haven’t got to be anywhere at a certain time, do anything specifically, rest not-guiltily… Aye, sounds like they all go directly against the set of government COVID rules; but it doesn’t. Let me explain a bit. The statement that was said was to stay indoors , and remains overlying advice. So, I am ‘adhering’ mostly to this straight away. Fun? Well actually! For example, when I have the/some permitting energy I may attempt to do: Some kind of morning fitness – MS friendly YouTube mixture; like P

Being a STEM Ambassador, I keep check with what STEM enrichment activities are planned that I feel I could support with my experience. I saw an “ F1 Aerodynamics ” related request and it tickled my buds somewhat! So I vested my interest via the formal portal/method to/with STEM and this was responded to. What was the challenge? It is a global competition given as per: “ The Competition - What's It All About? You are a Formula One™ team commissioned to design, construct and race the fastest Formula One Car of the Future, powered by compressed air cylinders. ” The first of the activities was in a middle school in Whitley Bay, to simply share my experience (having been an Aerodynamicist) with the Year 8 kids taking part in the F1 challenge. I enjoyed helping them with what they were doing at that part of their challenge.  BBC! Wow. I would have loved to have had that opportunity at that age. Unbelievable! Showing my age, a bit?! (my middle school had a