Second blog within a week? Something good must have happened right? I would not be writing this if not so!

I do not want or seem to be repeating myself, like I may have said already, but certain things I do are done regularly with regular positive outcomes.

This blog though covers different efforts!

Sound inspiring? Gets worse! No. Let me continue.

As part of my world now has me functioning as a willing volunteer within the MS world – literally! – due to no longer being a member of the workforce (GRRRRRRR), I fulfil quite a few roles instead. #cantdonowt.

As one of these roles – happily being part of the Multiple Sclerosis Society’s North Tyneside Group – I am the Health and Safety  (h&s) volunteer.

Love (ha) or hate, I do have some history adhering to strict health and safety protocol of such, in the past. Power stations. Can’t mess around there!


The meeting! Without delving into what I can’t anyway, an audit had to be done. Are safe rules being followed by all, shall we say?

Of course, the answer is a resounding yes. Policy bollocks requires boxes ticked!

So, what do I get for it? Knowing I am ticking another box keeping fantastic services legally sound and therefore going, makes me feel like I’m giving something back. Doing something good as irritating as h&s can seem!

And now for something completely different.

It’s back! The Premier League! Yes, Russia held a fantastic World Cup showcasing the best footballers in the world, that’s a given, but its been that break; without Prem football!

Had we won the World Cup this would be a different blog; but would it? My team, Newcastle United F.C. are back in action after the summer off.

Bring me joy; before the stress, frustration, sadness, annoyance emotional ups and downs start; which they will. Life as a Toon fan!


Anyway, our final friendly was at St. James’ Park against FC Augsberg for an old fashioned 3pm kick-off on a Saturday afternoon – in brilliant sunshine! Which we lost.

The aim of these friendlies is mainly for the respective teams to gain fitness, and get back together as a team, especially with any new faces; a joke itself with NUFC (top fanzine site) these days!

So I went to the game, caught the sun, saw the lads have a game days before the actual season starts! Wasn’t really a great game, didn’t expect that and hence was hardly disappointed.

The history mention above. Recent history suggests that a ‘poor’ pre-season is followed by a good season. Here’s hoping!

Even the mention of curry gets me salivating. Love the stuff!

Why this random mention now? It was a mate’s Stag Do in Amsterdam over the weekend. Myself and 2 others who were not going to Holland for our own reasons, had been planning an evening with a curry instead. 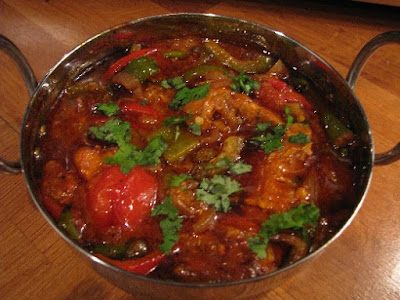 We went to what I think serves the best tasting Indian food close to me – Bilash, Cullercoats – it did not disappoint!

Details aside, we shared 2 starters, each had a main with accompaniments, a beverage or 2, and finished with a coffee.