Week 2; in a Big Brother style (only ever wasted my time with 1 series of that crap). Quite clearly the bar was set at a high level in week 1. Not here to compare achievements; what will be will be.
What was:


Happily starting again with the same first being exercise, this time with the direct follow-up of a therapy in the form of a massage. Confused?

I attend an amazing charity - Multiple SclerosisResearch and Relief Fund (@MSRRFCharity) and have done for years. The service provision obviously for those with of affected by MS is undoubtably of the highest order and I’m thankful to be a part of it – volunteer there too (giving something back) – very rewarding.

Professional physical trainers qualified to help with MS works wonders, especially now that exercise has been accepted as arguably the best treatment for us MSers. I believe that; Tysabri aside!

A massage after a gym good session calms the muscles and mind. As a singular treatment, massage can be brilliant too. For example, helping with spasticity. A common MS symptom.


When I headed to Glasgow University for an open day about the Aeronautical Engineering degree in ’96, I met Peter on the train. We remain good friends to this day and Pete is now volunteering with Kynren and I had said for too long I would go but hadn’t. Until last weekend! My word. What an evening!

Realistically I had no idea what to expect. Poor marketing in my opinion left me a bit curious as to what exactly it is, apart from the ‘2000 years in 90 minutes’! With a short advert video showing parts of the show was interesting. What date though? Hmmm!

It came across as being a very professionally organised event - it was! The ticketing there (the entrance with handlers and security etc) was done efficiently in a friendly manner; the stalls (catering, merchandise...) were superb - don't get caught out in a queue before the show starts at half 9 - all in a brilliant friendly vibe.


Complaint? For me, needing a seat for my own reasons, there were not enough in the open space in the stall area. Did not however take anything away from the evening once it started and I managed to get to my seat!

It is World Cup year. As a football – and a massive Newcastle United – fan and currently in-between seasons, this was always going to a welcome filler. Don’t get me wrong, I do watch World Cups and UEFA European Championships (1996 was class!). 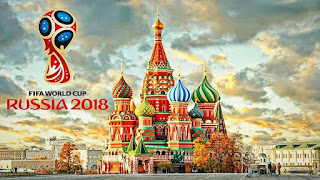 However. England have been a team of interesting watching for years with different World and European Cup campaigns and no success since 1966.

Here’s the ‘however’. Much negative speculation (entrance, organisation, distance, and safety…) was bounded around the media before the competition being held in Russia began. IT IS SUPERB!!! Fair play Russia!

Eager to watch matches as they come and I can – not just England – who incidentally at time of writing are doing superb with a Quarter Final due tomorrow (Saturday 7th July 2018) against Sweden #ENGSWE! To say I am excited is an understatement.

Gareth Southgate (the manager) is doing a top job. So far anyway and having won the first ever penalty shoot-out against one of the dirtiest teams to have played in the world cup (Columbia), which was stressful watching with an amazing result, I am excited!

I could go on. Wait until after Sweden!

There you have it. 3 positives for the week! Next week? Hopefully celebrating England’s progression! COME ON!!!