After receiving some excellent counselling with Pete, it has helped me massively realise some of my ‘framework personality’; whatever the hell that is (I made it up), just sounded like a fitting’ish thing!

Well, adding to that (
above) mud paragraph (as clear as...), I’ll share a social media status update, from the day following recent a recent session with Pete:

”Maybe this counselling is starting to have notable positive effects on me.

Could be the red wine last night; it'd been a while! Honest!

Acceptance, and possibly an/my identity finally found, I think. Before any judgement....

Introvert. A type of an introvert. Makes so much sense to me.

People have described me as 'quiet' in certain places & situations, which internally I refuted. I am not that bloody quiet, I know. Therewith lies the 'however'.

More to follow when I find the volume controls!”

I have always been that ‘nice guy’ that I have held against me, that I know all too bloody well.

It seems to fit in with other personality traits.

The expert counselling – I am getting – is something I have taken up by choice. Yes, a certain ex of mine, whom some readers will know who I mean, mentioned it last year. The details about that suggestion matter not, other than it was a helpful suggestion following mine…

So, after doing as I do and thinking / over-thinking a lot, I’ve made the step. And haven’t looked back at that decision since.

All details are personal obviously, yet here I am blogging about it. Well, after the 1st couple of sessions, ‘sounding’ each other out, for suitability mainly (I think), deeper and more thoughtful points and ideas were – and as of typing, still are – helpfully shared. Not with you!

Not selling this well? That is not my intention; however.

The main ‘point’ I have grabbed, regarding ME, is that I am fundamentally a type of INTROVERT. Not being a phycologist, values of such type haven’t in the past carried a great deal of value. Why would they.

But here’s the thing. Yes, I have previously received other counselling to aid me with ‘mental health’ issues, in a phrase. Yet, those didn’t have clarity at their respective ends. Never mind!

Now though, I can happily accept what I know of suggested TRAITS, and easily link them to ME and my psyche.

It is not a square peg – square hole picture, yet a damn site closer to that than I’ve ever seen. A clearer picture. 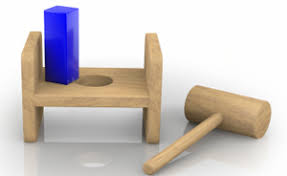 Yet there’s more! I mentioned the ‘nice guy’ earlier. A trait? Not by name…but. A Rescuer. That is something that is quite hard to accept, and a lot of any formal definition about it, get a “no” from me. ‘Wet flannel?’ (informal) Not me judge!

And more! This psychological phenomenon of ‘Imposter Syndrome’, is in my mind that I am a perfectionist (hands-up) and damn it, more than that.

That’s enough of that though.

I am a lot better that OK by the way! Thanks for reading!