Form! Yes! Newcastle United displaying some form. And its fan-fucking-tastic. Not to an Everton, nor a Leeds fan; snigger-snigger.

We played Leeds last month, just before the FA Cup premiership break (especially for those who are not in said cup. Ahem. But the team had a ‘warm weather break’ that seems to’ve done wonders too) and we won. For the first time in an age granted, but an unexpected victory is next-level great. 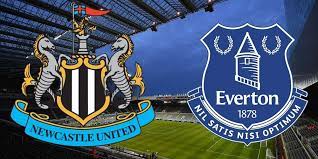 Anyway! A quick blog about our (#NUFC) much improved mindset across the board – owners down to the most disgruntled fan – due to rapidly improving team that all can see. Aye, despite still being in the quagmire in truth (at time of writing a measly unsafe 17th), the outlook is good and OPTIMISTIC.

So, the match. A thoroughly enjoyable by anyone’s standards (the toffees obviously not). Old school football. Start to finish action. Aggression! Shown by both teams (we are talking football on the pitch here by the way) that gave at times a near derby feeling! Excitement. I am of course a little bit biased, but try to keep fair appraisals where due.

The atmosphere was outstanding! 52,186 including a sold-out 3,000 travelling Toffees who where the loudest for 106 seconds. The short period of time they held the lead.

They lead via an unfortunate own goal – excellent goal-line clearance by Target that hit Lascelles head. 106 seconds later Lascelles scored a blasting header! 1-1.

The action continued. Fraser got a goal! 2-1

A foul by them not too far from their goal. Up-stepped Trippier to execute a perfect curler into the bottom right past mackem ‘keeper Pickford who’d received shit all night! 3-1 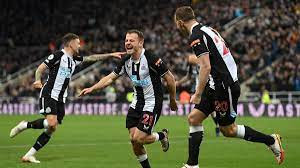 Sound levels off the scale. We even saw a 6-minute cameo of our new superstar Brazil international Bruno Guimaraes who even in that time showed his class to leave us drooling!

2-in-a-row as it stands. That will be phenomenal IF we beat Villa in a few days. We hope. Nothing is a given.