January (2022) I went to visit St. James’ Park. Now this wasn’t an uncommon thing, but both the reason and sitting position were. 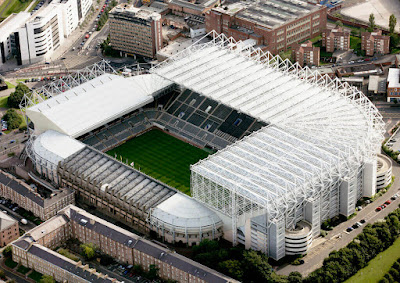 The FA Cup! Meh. That short word spells the result of the encounter.

Obviously, Newcastle United being football flesh and blood. The FA Cup, 3rd round home tie against a lower league club, a tasty day out.

Here’s an/the NUFC thing. An expected odds-on game does not always go according to plan. And it didn’t. More about that soon.

If you do not know of the famous Gallowgate End of St. James’ Park (hereafter SJP); you should! It is where I started my physical following as a supporter of this brilliant football club. As a teenager, maybe 12 (maybe <12) and not formerly a teen, life began at the South East side of the Gallowgate End of SJP. 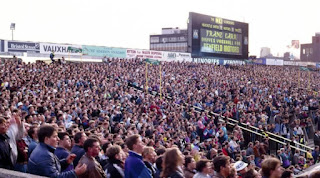 I have a crap short term memory these days, yet long term is still with me. That era of SJP was tremendous for many, many, reasons. The noise. The camaraderie. The displeasures of not winning. The victories. The songs. The feelings!

Back to the match in question. Well, we lost. The richest club in the world beaten by a 3rd division team. Embarrassing.

Soul destroying. Not without positives though. Given the shite state of NUFC’s league (Premier League, and 2 above Cambridge) position at the time of that match (and currently too (later January at time of writing)), not thereafter having any further FA Cup games to ‘worry’ about is a small blessing.

That’s where it gets personal.

Unusual seat. Gallowgate as opposed to Leazes, a step back in time. ‘Usual’ seat as opposed to a more friendly, and designed for purpose, disabled seat. Thought it wouldn’t pose much of a problem for an FA Cup match 1-off. It did. 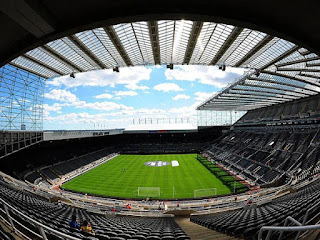 It was only 3 steps. Shorter and shallower than the Leazes steps. Bladder doesn’t give a flying fuck! Got to go, go to go! I had to go. I did not expect the anxiety levels to rush for the sky. They did.

I managed the steps down and to the nearest toilet and to return. With a big personal “phew” upon sitting back down, I was reminded of one’s challenged physicality*. Cheers MS!

Half-time came and went – still scoreless – somehow as we’d been shooting galore! Their ‘keeper was on fire. Fair play. 3 tremendous saves as good as anybody. Grrrr.

Not too long afterwards – 11 minutes to be honest – they scored. A header by Joe Ironside, a Cambridge player and a lifelong Toon fan for some added wound salt into the wound.

On the up-side, at time of writing this the team are receiving some warm-weather training and team-bonding in Jeddah with more players on the way (hopefully) bought to add to NUFC!!!

*I left a few minutes before full-time with my match carer to avoid a lot of the thousands (physical, and mental challenge) of saddened exiting Geordies. Yet, around a corner where the steps start outside the ground… steps from nothing, cornering up, building slowly… yep, a stumble was had. Another bruise. Ha!