Having been effectively avoiding the sun for some time (as of the end of June 2021), and with that walking too, I happily broke that seal, and lived a bit of history in the process! 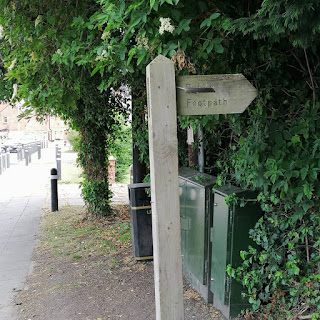 A public footpath, that friends and I used to use, for dogs and other reasons back in the day, was my chosen route.

Apart from some nettle stings, I enjoyed it more than I’d been hoping to! And I will do again. Walk there, that is. 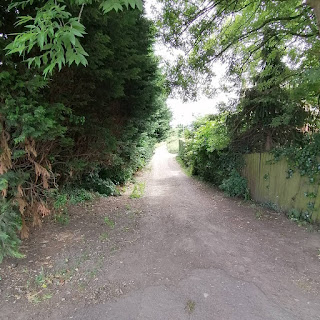 “Ooooh, a walk. Whoopie-do.” You may think. We know of my challenges with regards to said basic activity of controlled falling – walking – in that it is not always one’s friend. If you do not know of the challenges, try out living with multiple sclerosis (MS) for size!

This a happy feeling blog, so I’ll leave MS to the side for now (much more about that elsewhere here anyway, and that isn’t sad by the way).

Seghill. The village I grew up in from the age of umm, err, 8(ish), in the south east of Northumberland for 10 years before leaving the nest for Glasgow University! 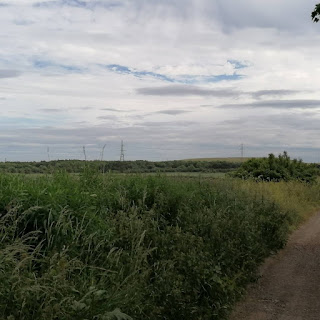 During that Seghill time, I of course grew up a shit-load with umpteen life experiences. As a youngster, with a dog too, dog walking was obviously an activity that had to be done and a near-by public footpath was perfect!

Dog exercise, adventuring, alone and with a great friend who had a border collie too what’s not to like (pollen I suppose)?! 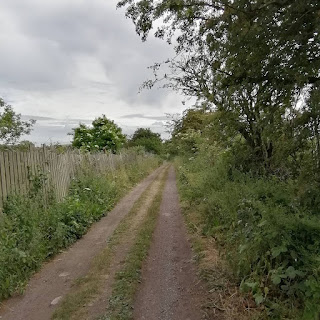 So, having done the whole Uni journey, work journeys and yada yada a return to Seghill after 21 years… I grasped a wander back to that public footpath.

The slumbering down the first hill, very mindful of stones on the lumpy path was the initial challenge. Then a(nother) memory! I had headphones on catching up with Jamie Cullum’s Tuesday night Jazz Show, something caught my attention so I turned around. 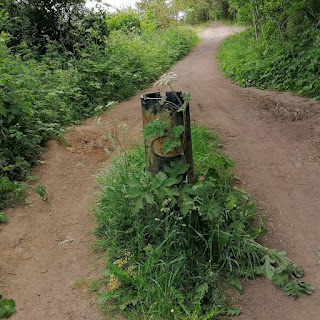 2 motorbikes where heading along the footpath behind me, gently I may add, and with thanks for my moving to acknowledge and let past. The memory? Well, back to then I may have had an interest in such vehicles too! On I went.

Honestly the memories of 30ish years ago are still there and I was being reminded with every ‘step’. Target by target – distance – to parts of the path I recall that I knew are still there; e.g., the turf business. A Seghill long-term business, that I knew where was and still is. An aim.

I managed it! After I’d seen a little enclosure for horses that was NOT there then. A change. Fair dos. That’d explain partially anyway, the amount of horse shit on the ground, yet again back in the day it was used for what it is as a public footpath, that horses use too. Horse poo-bags?! 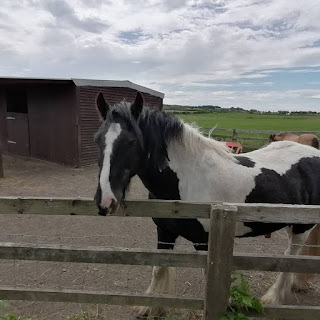 Target to target, aim to aim I continued. Joe and/or Jane Soap may not have same staggering aims. Just as well I am Roger! With small aims; each completion a reward.

I plodded on. I had some other random walkers or cyclists, pass me. I was always mindful for a seat, I spied one potential. A large tree stump! Covered in bloody nettles! Never mind. That spelled home time anyway.

I loved it! Fresh air, exercise, memories. Regrets that have left it so long – no, and bona-fide reasons for that! 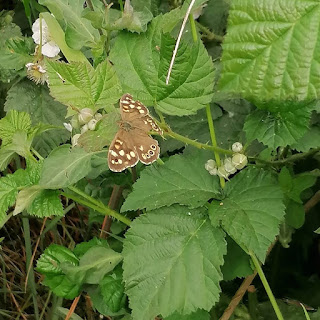 Next time the battery feels like a challenge of that type, I may go from the other side of the footpath (driving there initially) and go again!