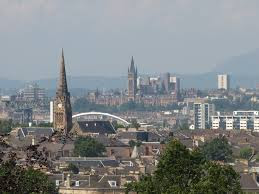 When I got to Glasgow directly after A-Level success, I was still listening, then (ahem!) to happy hardcore among others. Small progress from hardcore hardcore? History! I was 18 at that time. Moving swiftly on!


I met a friend - Dom - who has a wide musical taste stemming from heavy bloody metal that was and isn't really my thing (I tried Iron Maiden live in concert and lasted 3 songs before bar beckoned!), apart from a couple but not as a genre. But here's the but.

He introduced me to an electronic sounding group named Autechre. This was a new type of music that I call ‘diverse electronica’. Fell in musical love straight away with Autechre and also a group (now  sadly disbanded) called Orbital (see below!), who I have to date now seen 5 times! (and I own their CD catalogue) With that taste clearly set and having a passing look in FOPP one day, I had to ask about what was being played, and as a result discovered Boards of Canada: 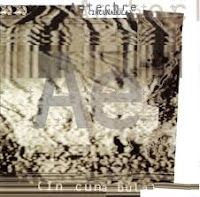 ⇐ The Autechre album you can see is called Incunabula and is my number 1 album of all time (too many tunes to pic a fave!). It was number 1 in the Indy charts of 1993, not that that matters! I can sit down, press play and listen to the CD start to finish; like a film. Love it.

The following year when I (then) listened to the dance element of Radio 1 and read MixMag - a dance music magazine - from one magazine (June 1998) with a CD which I’ve still got - I came across a classical tune:

This opened up the whole classical music world to me as a great study aid and I've been listening to classicfm regularly ever since. Yes, it is what some may argue classical 'pop music'. I did indeed hate said pop music. However. Popular classical music is leagues away from what these days chart shit is mostly!
(musical-snob alert? Good! Hate me now? Not so good!)

When at home during a holiday period – I was working with mates at Transco – I heard Yellow by Coldplay whom I’ve since seen 3 times; twice really, heard once (see MS as to why)!

Whilst working part-time in a hotel, one of my shifts had a Jazz group on regularly which other workers hated, yet I liked! More musical tastes of interest for me.
Motown – West-End bars and the hotel (weddings etc!) spurned this on. Supremes, Jackson5, Marvin Gaye, Stevie Wonder… Need I elaborate!

DECKS – having kindly got a set of decks for my 21st (still got, collecting dust), I managed finally to ignite my STRONG interest in DJing! Loved these and the action of mixing records; the joy I got (and rarely get as I no longer mix on my decks) when the perfectly beat-matched (and resultant beautifully resonating) sound, is for me a blessing. So as I got better with them I did 'play' at umpteen house parties and several bars before finishing uni. Some things just don't forget!