This is a self-titled genre by me! Not unique granted, but as is it random, varied, different, weird… I know I love it! Beeps and bops? A branch of Techno. (I don’t like the description IDM. (Intelligent Dance Music)) Yes please. It is not all ‘good’ I know that but then what genres are there that ALL respective music is good? Exactly.

As I have said in a previous music blog, I first discovered these sounds at University, circa 1996. I knew there and then I liked it a lot. A great deal in fact, and still do to this day.

What is this genre? Here are some examples of what and who I listen to: 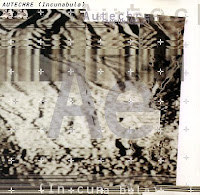 There is no real ordering in the list other than my favourite album still remains Autechre’s Incunabula. I thought for many years it was their first (an EP the first release), but I was wrong even though Amber was commercially a second release, I think. Another damn fine album. The way I see-hear Incunabula is that it plays like a move to me. Tells a story. Each and every track has its own musical merits. #Melodic, #moving, thought provoking, #industrial, #futuristic, Terminator’esq... Shall I go on?! It has served me well across the years. Happily lose myself in 78:04 minutes of ghostly electronica bliss.


Later that ‘year’ (2nd year; Uni), I popped into Fopp on Byres Road for a browse, and what was playing at that time I asked about. Boards of Canada came to me from there and then! (’98). Music has the Right to Children has had umpteen-hundred plays! I own their catalogue, on CD! Geogaddi was their second album, released in 2002 that brought a darker sound and with that a selection of new chords, beats etcetera. Other CDs followed – Eps and a quite a while until another album. Come back guys! We want more!


Aphex Twin! Another CD that blew me away – Selected Ambient Works 85–92. Still in this genre, but across a wider spectrum incorporating more Techno sounds. But uniquely. He is a very clever producer and this album for me (and far from just me) stands the test of time.

I won’t give a/my bio for them all, but you’ll get an idea of my electronica delights! μ-ziq for example, another artist I came across in the late nineties and onward. Similar sounds – but again different. If you don’t have the care or care for such music, it may sound ‘the same’. I disagree! Yes, as I said earlier, I don’t love it all – there is some crap out there – but each to their own! (heavy metal all sound the same? Of course not; but!!!)

I would say there is one major fitting label for this genre and that being Warp Records, and as such I investigate and discover some gems; e.g. Clark! Different again! Check him out! Squarepusher has been around for years, but hands-up I do not own much. Guilty? All in time! And Plaid (pronounced ‘Plad’) also has some magical sounds.

New Blood 010. This was suggested to me by Fran, for which I am extremely grateful. What an album. This – Departure – being my favourite, yet there are others that make me stop; and listen!

Orbital. That's a given just as it/they stand alone, and not dare I say as diverse as some of the above; they are not listed here, but in another music blog!

Hopefully you can sense that I love this stuff massively. However! I do think these days that IF I had to choose one single genre (can’t see it ever happening, ever), it would be…. Classical. Getting old(der), or appreciate the time it takes to develop such an organic sound?! Laugh away! Rave on!


Who’s with me!?! Love your thoughts on your tastes!
Aphex Twin Autechre Board of Canada Electronica Glasgow Music Orbital University