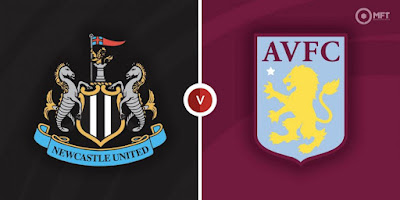 We went on the hunt for a 3rd victory on a somewhat damp Sunday afternoon. Another realistically nervy game ahead having not achieved 3-in-a-row in 39 months (November 2019 with Rafa).

Yet despite our Geordie realism, we now have shed-loads of renewed belief too. And it showed!

To be there and be part of the St James’ restored audio volume was and is brilliant. The game itself was a fairly “messy” affair. 2 teams of course wanting the same.

They, have a superstar in Philippe Coutinho that, for me, was the source of the nerves. He’s that good. However!

The superb defending made said superstar a CoutinNO! I was, as a football fan, expecting to see some special tricks and moves from him. Gladly I did not! 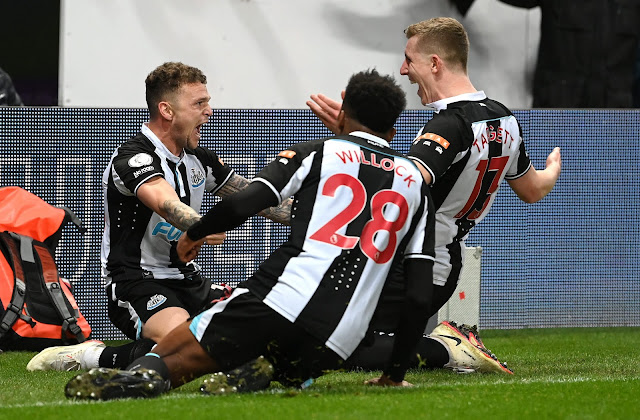 Like I said, it was from the off a messy game. They were dirty. Aggression as shown on Tuesday night was welcome. What they brought in their game was unwelcome. Had the ref been fairer (not for want of better word) we would have had more freekicks. Yes, it’s an opinion game from a fan’s view here; but!

Another foul. Nearly a pen. We thought initially it was a clear pen, as did Pawson (ref). VAR did its thing and to be fair it was an inch or 2 outside the box. So, a freekick. Given Trippier’s ability and form, that was OK. Or was it?

HELL YES! He buried the ball through the wall and via a small deflection! 2 out of 2. Respect that man. The captain as Lascelles is carrying a bug. 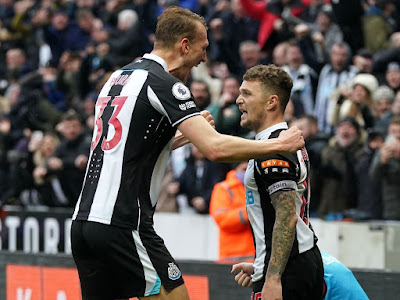 The big unfortunate came as Trippier had his foot stamped on that has resulted in a 5th metatarsal fracture. Gutted. We’ll be without his services for at least 6 weeks. 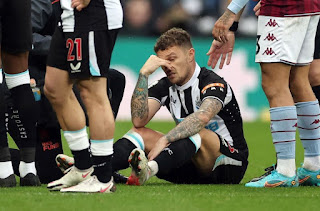 Manquillo put a shift in. Who didn’t. Sadly another injury. Schar got battered. Wore a head bandage, carried on! That leaves Dan Burn making his #NUFC debut. Wow Dan!

A man from Blyth. A Toon fan, trialist, has been ST holder! A giant standing at 6’7” didn’t put a foot wrong. Far from. He was immense. My man of the match.

They had the ball in our net. VAR time on this occasion in our favour as Ollie Watkins was offside! Just. Enough.

Shelvey was consistent again (not used to that). Willock is improving every game now, better late than never. Fraser! He’s a little terrier that man. Never gives up. He’s fast, looks to be getting faster and stronger. Joelinton again standing up against whoever with his physicality. ASM just being ASM – frustrating at times – to us and more-so to them! Wood looks shy of confidence. But statistically wins many headers (12 against Villa). Even Krafth stood-up well.

West Ham away on Saturday. Another tricky encounter. I can’t wait for it!