I said in previous medical blog that the next one will be completely different, so I am confident it is. Hope so anyway!

Here’s the thing. I used to be an engineer – hate to use the past tense – but hey, life’s route doesn’t always go to plan. I know why and how mine has changed (MS, if you didn’t/don’t know), but that is that. Life without challenge is boring, right? Sometimes!

Anyway! What am I on about? I have quoted engineering and with that there are certain design fundamentals to learn and to know about without doubt. There are no required ART elements, or there wasn’t in my 4 years at Uni! Fantastic if you are a naturally gifted with artistic skills within you; I am not.

I  have recently started to attend an ART class at Benmar House, Multiple Sclerosis Research and Relief! Foreign language (art) to me? A Bit! However! Can but try.

So, I began on Thursday 02/02/17. First ever Art Group! I found it very different, but actually really enjoyed it (hands-up having gone with a lot of cynicism of expectations). Aye, a first one, but the I do like abstract art. When I arrived, and spoke with Irene who has an honours degree from Glasgow School of Art and a fantastic blog, she seemed quite excited by my abstract idea! After being presented with a sketchbook to jot down ideas, I have also been loaned a brilliant abstract book by Rolina van Vliet and it is definitely me! I was inspired to go back after my first ever effort:! 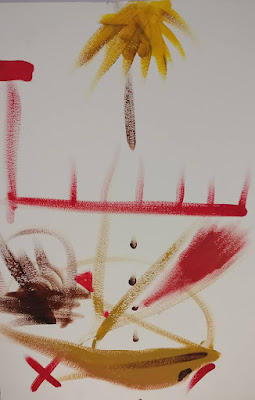 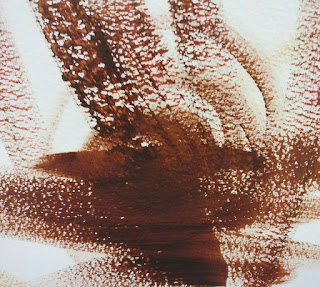 Irene had said how by painting, your (random) thoughts will calm somewhat. That they did very noticeably. Not used to that at all! Simple yet amazing?! Quiet brain – zoned into this painting thing! 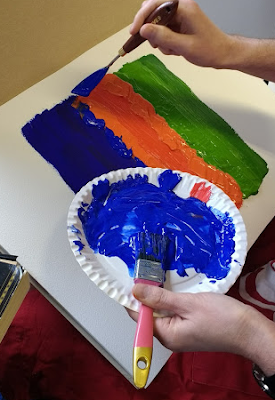 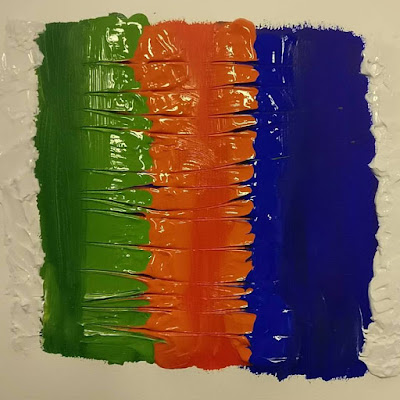 A week later - 09/02/17 – I went back for more. Details aside I made another canny ‘piece’! (in my mind anyway) AND ENJOYED AGAIN! Yes, only 2 sessions then, but I am happy for a new hobby – and a blogging topic too that I intend to improve as I learn processes and jargon* etcetera. Ahem.

*I shouldn’t as I do unintentionally waffle including unneeded jargon! 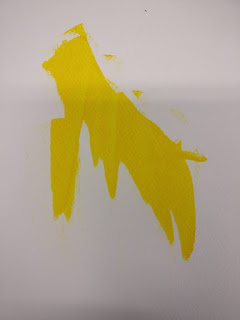 16/02/17 and week 3! I took some of my daft idea scribbles with me and tried to get them on paper. A starting point. IF it ‘fails’, learn from the ‘failure’ to improve. Well, to try to anyway.

Before I was let loose with the paint, I approached my sketchbook with a range of "Inktense pencils", coloured pencils and pastels. Engineering it is not! Result? 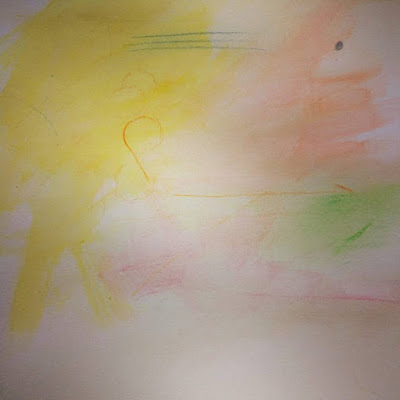 Thankfully it wasn’t a complete failure! Different as usual. Then the paint. There is a theme/message to it. Theme’ish. Can you see it? Easy if you (me!) know of it! Answers on a postcard, or comment! 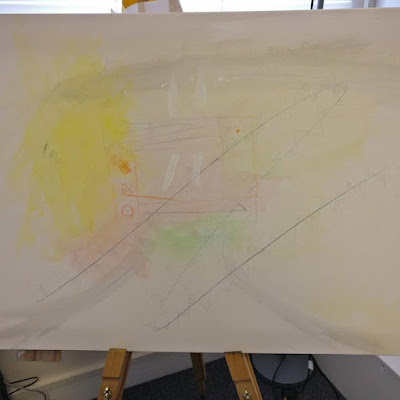 I intend to try and keep this up to see some progression somewhere. Massive respect and thanks to Irene and Benmar House @MSRRTCharity!

A therapy in its own right. Try it.


What is an Inktense pencil?

Derwent Inktense Pencils are as versatile as watercolor pencils, but with a firmer texture that allows them to perform with the brilliant intensity of traditional pen-and-ink. These pencils are available in strong, vibrant colors which work beautifully on their own or can be mixed together to create rich, subtle tones.