As a proud STEM (Science Technology Engineering Mathematics) Ambassador, I keep check with what STEM enrichment activities are planned that I feel I could support with my experience. 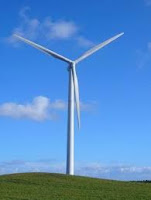 After the F1 Schools Aerodynamics competition I was involved in, I was introduced to a different school and STEM challenge in the subject of renewable energy via wind turbines.

This was followed by an email from a teacher – who is the school STEM science lead, asking if it would be possible with the support of teachers, for me to lead any engineering or STEM activities with younger years over an hour or 2; in essence to talk to each class for 10-15 minutes before they embarked upon designing their own wind turbines in relation to my previous visit to another school – F1 Aerodynamics!

When I got to said school, checked-in etc., I was met by the aforementioned teacher, had a bit chat, and was then thrown straight into it well before 9am!

I was unsure as what format the day would be in, so I had ‘studied’ for it quite a bit in preparation, as you do.

So I took the helm off-the-cuff (a bit nervously!) introducing myself, a bit about me and my aeronautical engineering degree – I managed this jargon-free(!) – and my following work experience. With that I took to engaging the class by questioning them about flying and flight. Confused? Good! There’s more!

My thoughts and plan were to link something everyone knows about to “Do you know how they fly though?”. A few had simple ideas as to how this happens, which lead to me and aerodynamics!

This was my que to start on the, err, blackboard as I used to know now a whiteboard and pens, not chalk.

By using the same model I had used with F1 Aerodynamics being a basic aerofoil diagram, the 4 forces and Bernoulli (no patronisation intended with the video level!) I was into the zone again :-D. But turbines?!

Racing cars first. In a nutshell, the aerofoil is inverted (turned upside down) to give negative lift ¯ keeping the car on the ground when the car going through the air produces this force. As a result, in effect, IF the car was stuck on the floor and the air/wind was passing over the car body at (eg)200mph, the car would be very very very stuck!

So! An aerofoil on its side as a blade – attached to a fixed platform at the hub – with the ability to move or spin?! Dada! 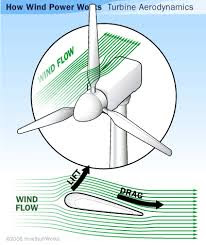 I asked them “how much does air cost?”, with correct answers of “nothing” from the students!

So as air being free as a potential energy resource there to be harnessed and the moving part being the blade with the energy (kinetic, which quite a few knew) …step forward the WIND TURBINE!

Of course there is a lot more to the electricity generating component that aerodynamics causing the spin, but for my part it was that!

I also did of course keep the STEM theme on-going explaining what fit where when; that Bernoulli was a Scientist, the wind turbine concept is Engineering using Technology. The oil in the method? Mathematics! STEM!

After I had done a number of these presentations to different classes, I felt (not only knackered!) extremely happy and proud to have been a BIG help with the project. I only received positive feedback from the teachers – fair play to them for the massive job they do – that made the effort worthwhile. I hope to have inspired some to follow STEM more than they did!